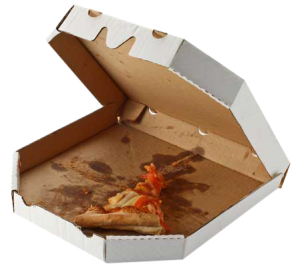 Pizza boxes are not always able to be recycled due to grease and cheese residue left on the boxes. At NC State University pizza boxes can be composted. The Pizza Box Composting Project is a partnership between WRR and University Housing.